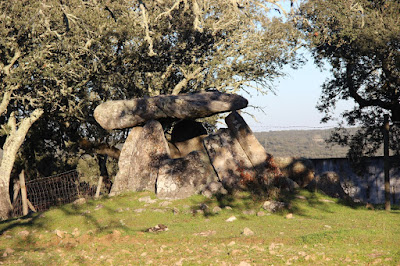 Located near Sabugueiro village, municipality of Arraiolos, district of Évora.
Access:  In the road between Sabugueiro and São Geraldo, it is just next to the road, at right, 800m after leaving Sabugueiro village.
Accessible to normal cars.
Coordinates: 38.768494 / -8.136940

The monument is in the limits between two properties. So it has this particular situation: a fence is crossing the corridor, leaving the chamber and half corridor in one side and the other half of the corridor in the other side. Particularities of the country. But that also may be a memory of the historical role of megaliths as land marks. 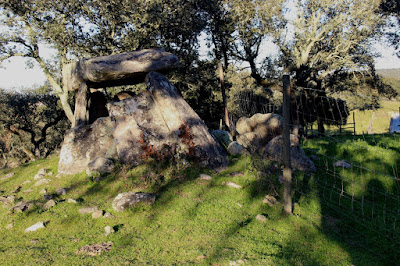 Municipalities and Districts with visited sites